Monika Sachan Science and technology have benefited society in many ways by constantly providing new tools, methods, and insights to help improve how things are done. This result has impacted various sectors, including agriculture, manufacturing, business, and healthcare. For instance, the development of new medical treatments, materials, and technologies has significantly impacted the quality of […]

Monika Sachan The detection of the gravitational waves is done with two methods like LIGO and Gravitational-wave detectors at different frequencies. Using this gravitational wave effect, researchers find to spot the dark matter’s properties dark matter will have on the speed at which stars are moving in the milky way galaxy with the help of […]

Monika Sachan Gravitational waves are an interruption in the curvature of space-time, generated by high masses that propagate waves at the speed of light. It is an invisible ripple of the fabric in space-time was discussed in 1916 by Albert Einstein in published his theory of general relativity which established the modern perspective of gravity […]

Monika Sachan The unknown force that causes the expansion rate of our universe to increase rather than slowly over time is known as dark energy. This is the polar opposite of what one might predict from a universe that started with a Big Bang. Physicists are still baffled by dark energy’s fundamental nature, despite the […]

Monika Sachan Dark Energy is commonly assumed to be the driving force underlying the universe’s rapid expansion, and numerous ideas have been developed to describe its enigmatic nature. In six years of data from the Dark Energy Survey, a massive comet from the boundaries of the solar system was detected. Comet Bernardinelli-Bernstein is thought to […]

The Nature Of Dark Energy

Monika Sachan As this NASA chart shows, dark energy makes up around 70% or more of the universe, about which we know very little. The actual structure of this dark energy remains a mystery. It is known to be extremely uniform, not particularly dense, and not to interact with any of the fundamental forces besides […]

Monika Sachan Dark energy, which scientists believe is responsible for the universe’s accelerated expansion, has never been actually observed or measured. Instead, scientists can only speculate about it based on its impact on visible space and matter. Finding verifiable evidence of dark energy’s influence on distant objects — even the geometry of space itself — […] 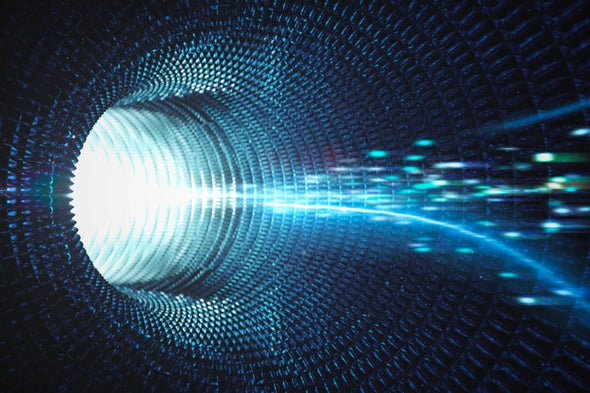 Life on Earth is the consequence of what can only be characterized as cosmic teleportation, according to a group of scientists who just released a study. Humanity has long attempted to unravel the enigma of how life began on our planet. But what if we’re just here now because the cosmos is deceiving us? If […]