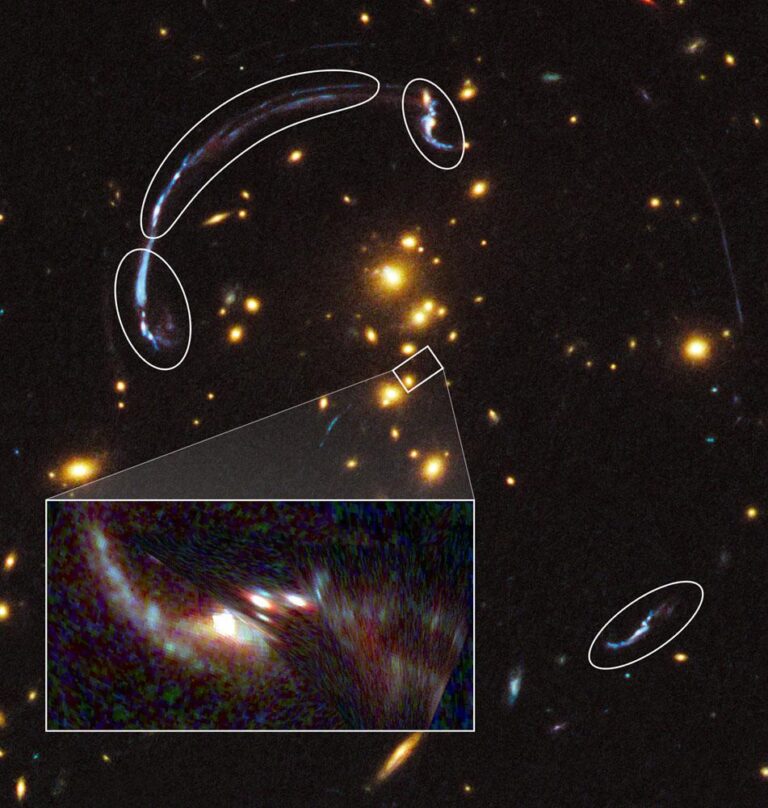 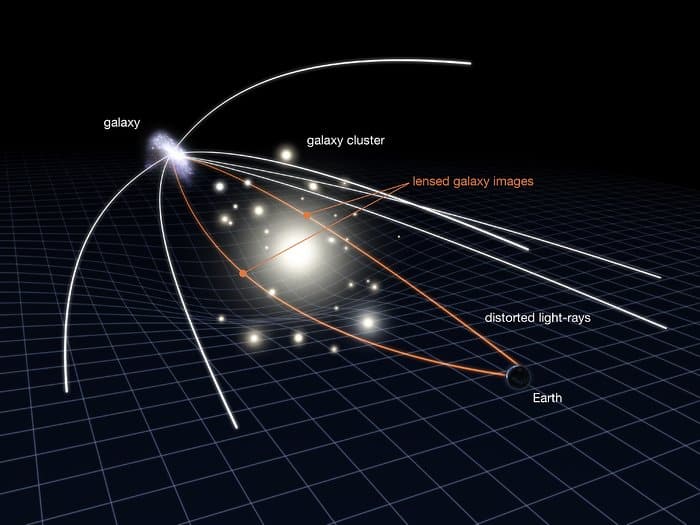 Have you ever wondered, the beautiful images of space that we see on the internet, how they form in space?

Nature has its own visual effects creation mechanism and we humans have made eyes that can see beyond the point in space, enhance them, and helps to solve hideous facts about space. Telescope, an artificial eye with many features.

A gravitational lens is the distribution of matter or creation of a gravitational field that distorts and magnifies the light from the distant object like a cluster of galaxies that are behind it. The whole process of distortion and magnification together is Gravitational Lensing. This acts like a big magnifying glass.

A gravitational lens induces a maximum deflection of light that passes closest to its center and a minimum deflection of light that furthest from its center which means instead of having a single focal point, the gravitational lens has a focal line. If the light source, the lensing object, and the observer are in a straight line, the original light source will appear as a ring but if there is a slight unbalancing between the former three entities, an arc will appear (Einstein Ring, first quantified by Einstein in 1936). Hubble telescope makes it possible to look for these Einstein rings for astronomers.

Gravitational lensing is complex when a cluster of galaxies is taken into consideration.

An uneven and non-circular symmetric, when there is no center in the distribution of matter in galaxy clusters. In such cases, short, thin “lensed arcs” are formed at the outskirts of clusters as a result of gravitational lensing of background galaxy.

When Hubble moving further into space, faint images of background galaxies are obtained but gravitational lensing not only distorts the images, amplifies light as well.

Classes of lensing helps in finding new objects of space, planets outside our solar system have been discovered using microlensing techniques. A statistical analysis of specific cases of observed microlensing over the time period of 2002 to 2007 found that most stars in the Milky Way galaxy hosted at least one orbiting planet within .5 to 10 AUs.

The Frontier Fields project has examined multiple galaxy clusters, measured their lensing and matter distribution and identified a collection of these most distant galaxies.

PrevPreviousWhat everybody ought to know about Quantum Zeno Effect
NextMathematics: From ancient times to modern science has been a complete dimension of everythingNext