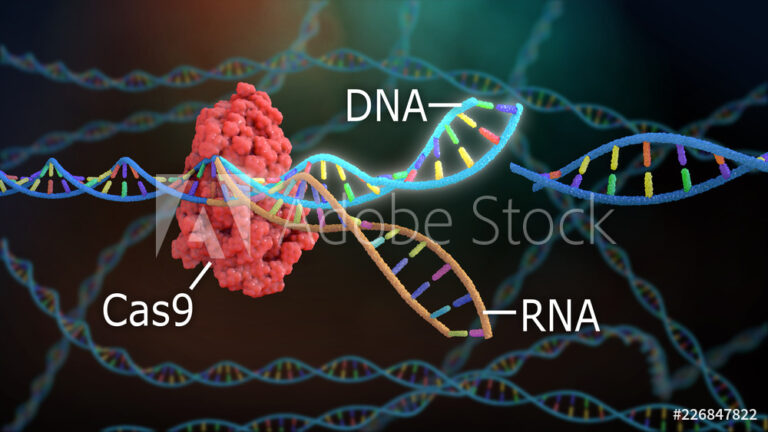 Recently research reinforced the backbone of a theory, preliminary stating that life on earth was created by RNA-DNA mix. The astounding chemistry research published in the journal Angewandte Chemie, illustrated the fact that a simple compound called diamidophosphate (DAP), which existed credibly on Earth before life arose, might have chemically structured together into tiny DNA building blocks called deoxynucleosides into threads of first DNA structure.

The results is that the foremost in a very sequence chain of discoveries, during several years over past, directing to the probability that DNA and its close chemical synonym RNA emerges together as products of comparable chemical reactions, the primary life forms on Earth were mixes of the 2 synonyms and these RNA-DNA were the primary self-replicating molecules.

Ramanarayanan Krishnamurthy who is an associate professor of chemistry at Scripps Research, Ph.D. said  “This finding is an important step toward the development of a detailed chemical model of how the first life forms originated on Earth”.

The exploration has also directed the field of origin of life chemistry away from the hypothesis that has dominated it in recent decades: The “RNA World” hypothesis posits that the first replicators were based on RNA, and that DNA emerges only after as a product of RNA life forms.

Is deportment of RNA’s too adhesive!

Krishnamurthy along with his team have the vague perception that the RNA World hypothesis in part as RNA molecules may behave too “sticky” to portray itself as the first self-replicators.

A fiber of RNA can pull other single RNA building blocks, which stick to it, likely to form a mirror-image strand, every fundamental block in the new thread binding to its corresponding building block on the main, “template” strand. If the young fiber can detach from the template thread, and, by the same process, start templating other new strands, then it has acquired the feat of self-replication or reduplication that is cardinal in ‘life’ aspects.

But while RNA strands may be better at templating their analogous strands, they are not so good at splitting up from these threads. Enzymes are formed by modern organisms that can mold twinned strands of RNA or DNA to direct their separate paths, thus enabling replication, but it is unclear how this could have been done in a world where enzymes didn’t yet exist.

Studies that have been carried by Krishnamurthy and his colleagues that “chimeric” molecular fibers that are partially DNA and partially RNA may have been able to get around this hassle because they can template complementary structures in a less-adherent way that allow them to detach relatively easily.

The chemists also have also depicted in widely mentioned papers in the recent few years that the mere ribonucleoside and deoxynucleosides fundamental building blocks of RNA and DNA accordingly, could have emerged under very analogous chemical conditions on the primordial Earth.

Moreover, in 2017 it had been reported that the organic compound DAP could have played the paramount role of altering and enhancing ribonucleosides and stringing them all along into the first RNA fibers. The new study shows that DAP under analogous conditions could have done the same for DNA.

Foremost author Eddy Jiménez pointed out the fact that using DAP to react with deoxynucleosides works better when the deoxynucleosides which are very surprising and are not all similar but are instead mixtures of different DNA.

This research may also have wide practical applications. For instance, the artificial synthesis of DNA and RNA, for example in the “PCR” technique that is the basic principle in COVID-19 tests, amounts to an immense global business but lies on enzymes that are relatively fragile and thus have many constraints.

PrevPreviousJapan Will Be The First Country To Send Satellite Space Made Of Wood, Read What The Whole Plan Is
NextSpeeding up Nanoscience and Nanotechnology with Ultrafast PlasmonicsNext